I know I do not have to explain to all of our readers and volunteers that it has been a very cold and snowy winter here in Connecticut. This weather has continued into mid-March and in the next week we are looking at the potential for even more snow! Many species are still migrating into the state, from raptors to land birds, with the Fox Sparrow being a strong example of the latter as they have made a sizable movement in the last few days.

However, many of our waterbirds are being held to the south, staying away from our frigid beaches, marshes and islands for the moment. In the past two years we have had Piping Plovers here already - in 2013 the first bird arrived in Stratford at Long Beach on March 5! Now nine days after that we have had no reports yet in 2014.

Where are they now? Here's the current eBird map for 2014 Piping Plover sightings. 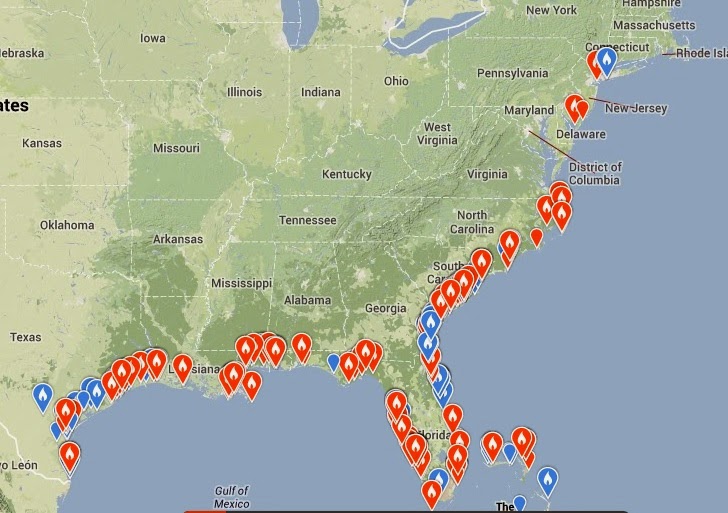 The blue point nearest Connecticut is a January report of a vagrant that was found on Long Island. The orange point next to it is Sandy Hook, New Jersey, the closest sighting otherwise from earlier this week.

A few American Oystercatchers have come into Connecticut which is not a surprise considering mid-February can be a return date for the species. They are still less numerous than usual at this point though. Here's their current eBird map for 2014. 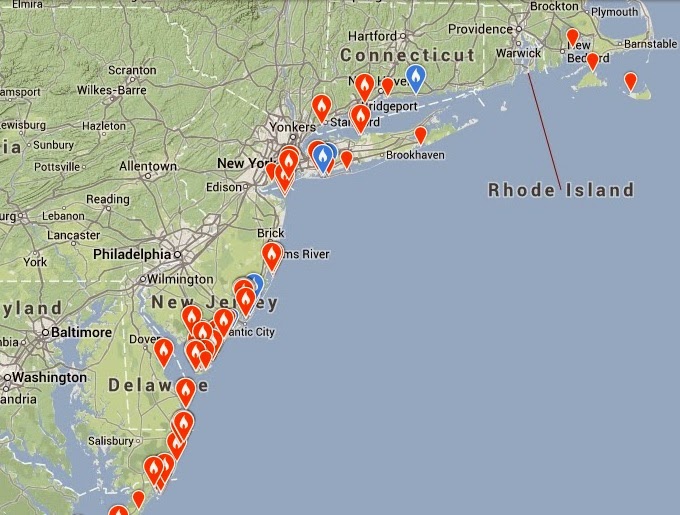 We may not hit 50 degrees in the next week and the southerly migratory flow will not be very cooperative but I would expect the birds to move despite the conditions. It's time to get the breeding season started and spring will eventually come! Let's see how many we can find by this time next week.
Posted by Audubon Alliance for Coastal Waterbirds at 6:20 PM