Terns on the way

Here in Connecticut we have a relatively certain schedule for our Least and Common Terns to arrive. For the most part you can expect to find one of either species sometime around May 1 or after. It may take a while for a given location to yield one or both of the species but if you are actively searching for them on the coast you stand a good chance to find one once the calendar moves to May.

Terns coming back to our state are less influenced by the weather and patterns than some of the smaller passerine migrant birds. This means that during this colder than average year they should still arrive around the same time even if the rest of our environment is behind schedule. Here's an eBird map of where Common Terns have been in 2014 through today, April 24. 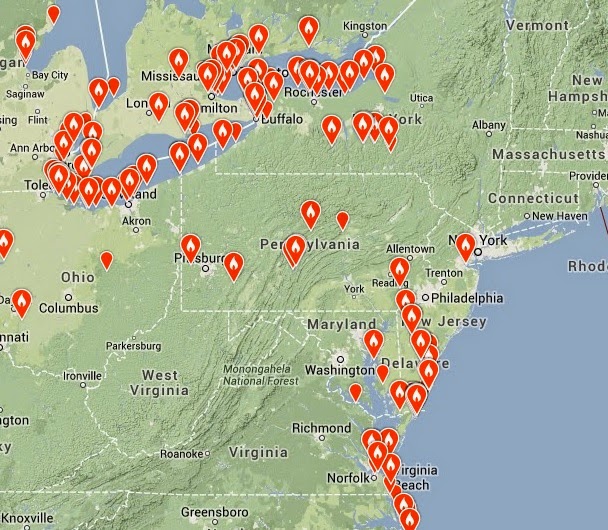 The Common Tern population moves into the lower Great Lakes before reaching us in Connecticut as they cross over from around the Delmarva region. They should populate New Jersey soon and be here by next weekend.
Here's the same map for the Least Tern. 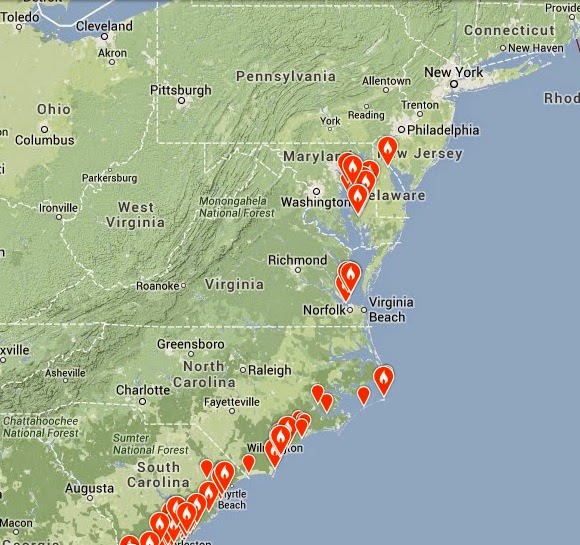 Once again the northern extent of the population is essentially established in Delmarva and will be on the move north to us probably by next weekend. These birds all look to be in line with historically expected dates.
If you have been wondering why you have not seen any terns yet, this is the reason - it's not time yet! As you can see it will be very soon so keep an eye out on the waters of Long Island Sound to see if you can spot the first arrival for the state in 2014.
Posted by Audubon Alliance for Coastal Waterbirds at 11:53 PM