I decided to quickly check on the Piping Plovers that have arrived at Milford Point this morning. Well to my surprise as soon as I walked onto the beach I could hear males doing territorial calls. They only just arrived and have already staked out territories they are trying to protect. 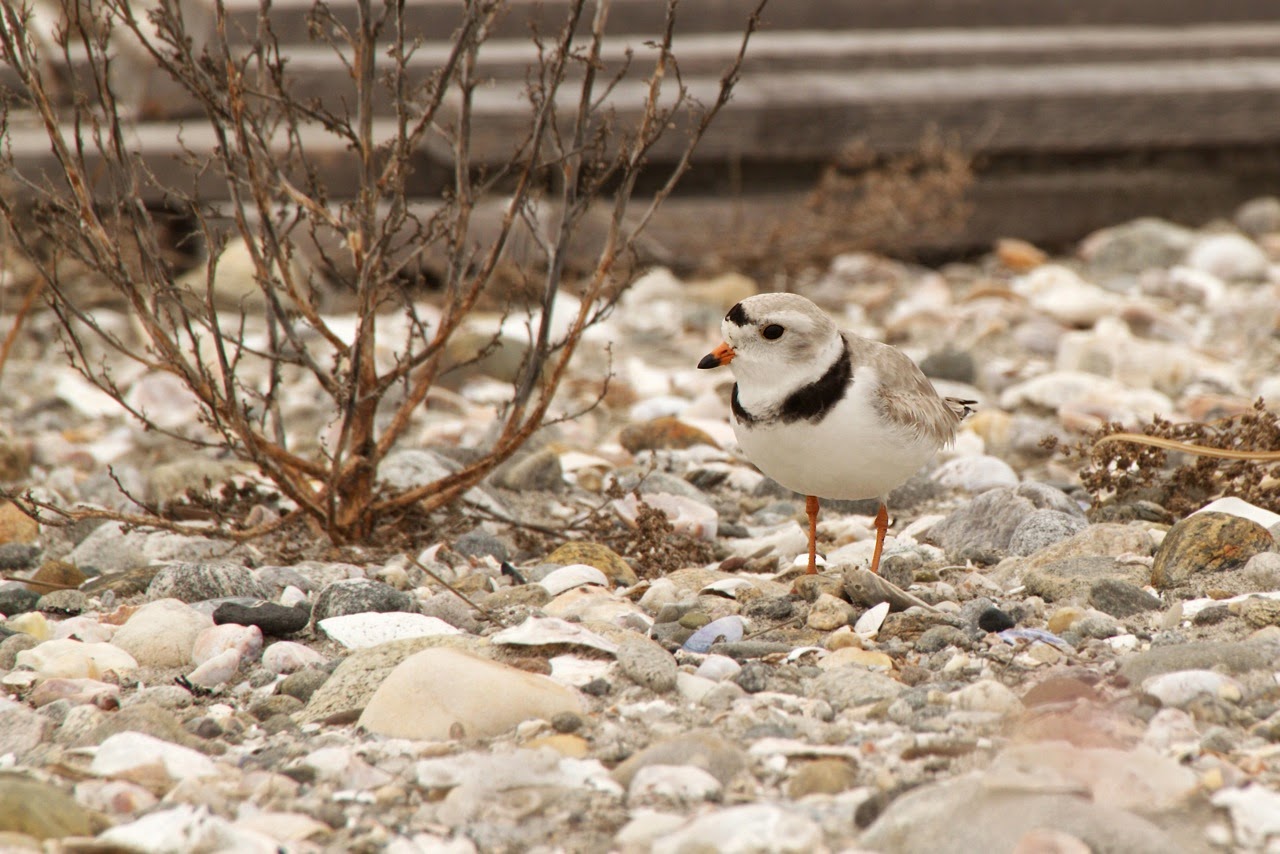 I heard one male’s low grumbling call that is intended to attract mates close to the waters edge, so I decided to investigate him first. I quickly spotted him pacing up and down the beach. He was looking for locations to start putting nest scraping in his territory. After some searching I observed him picking a spot by tilting his head back and forth, puff his breast feathers out, than chest out dig his chest into the ground while moving around to make a basic cup. 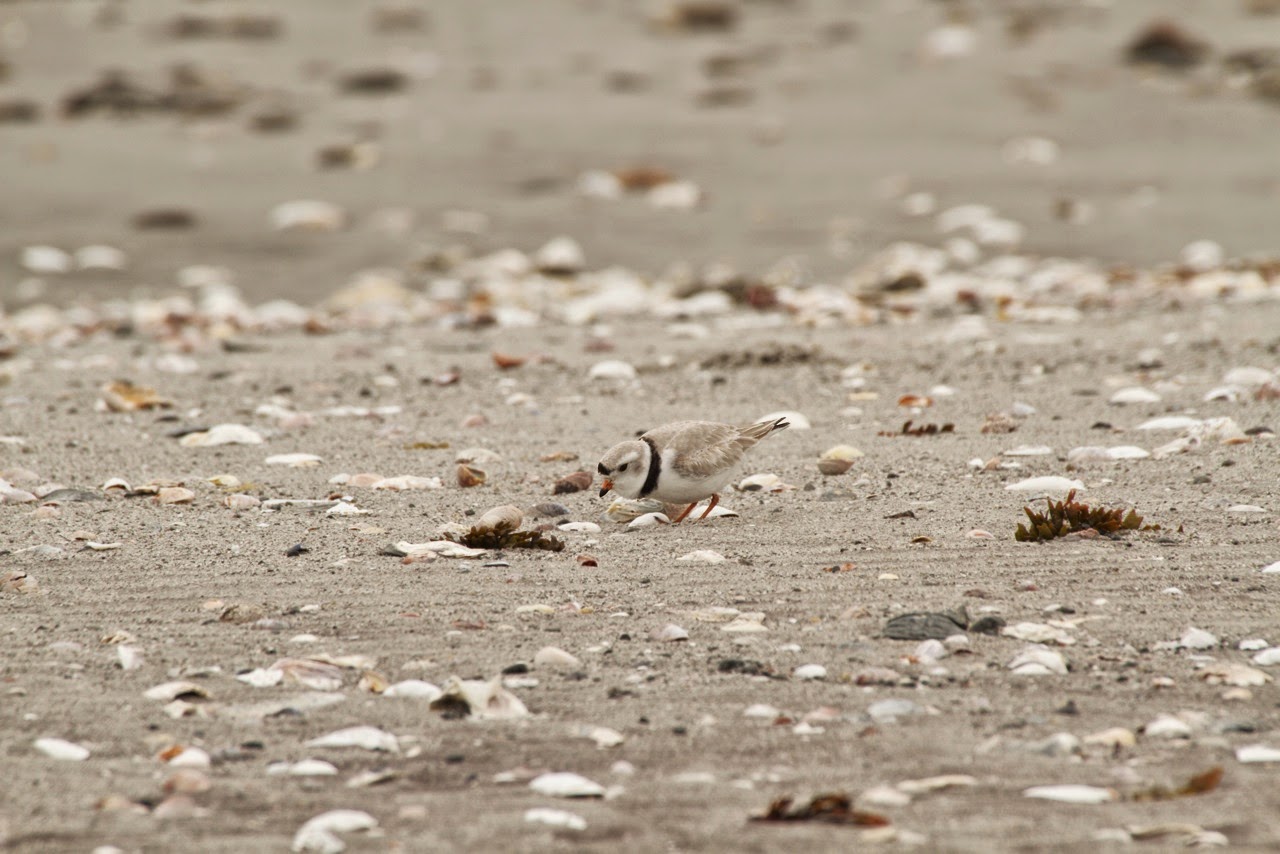 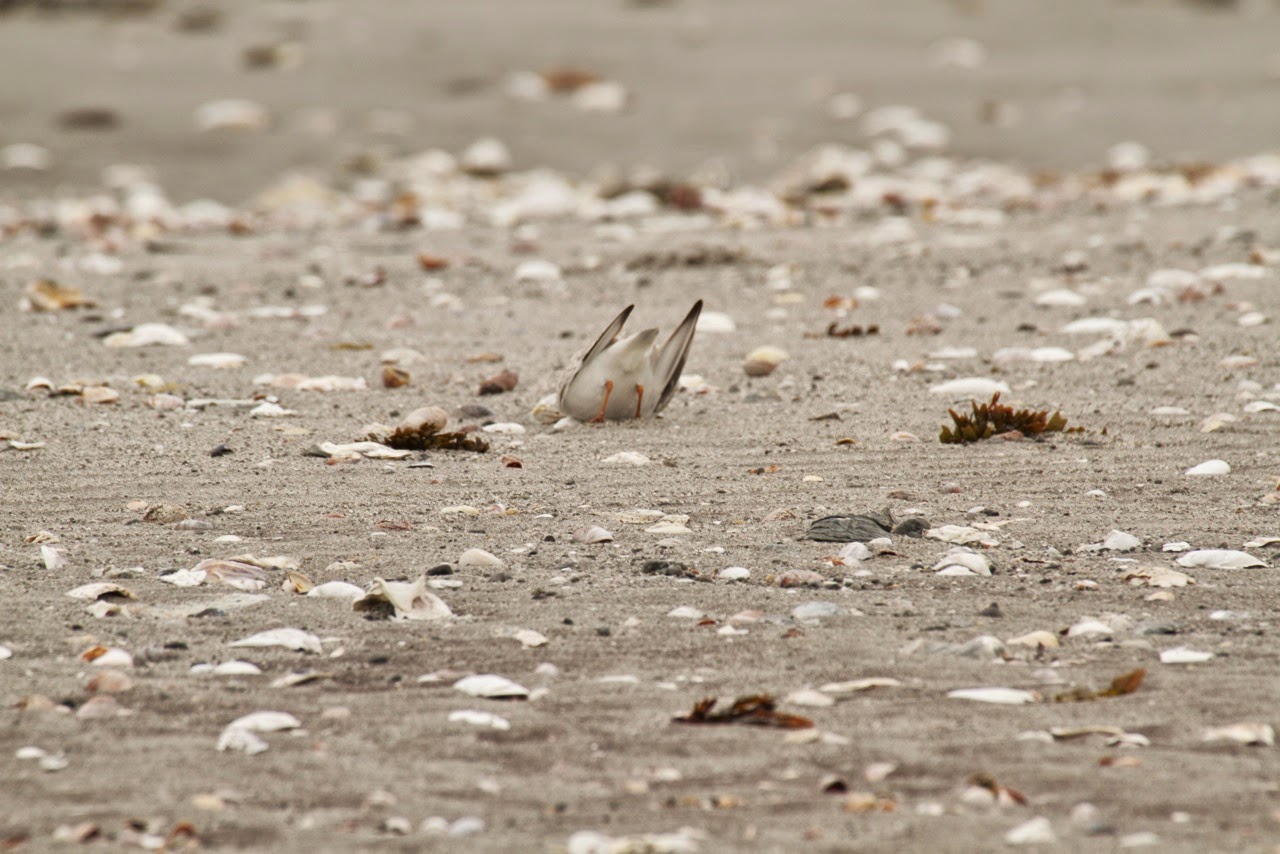 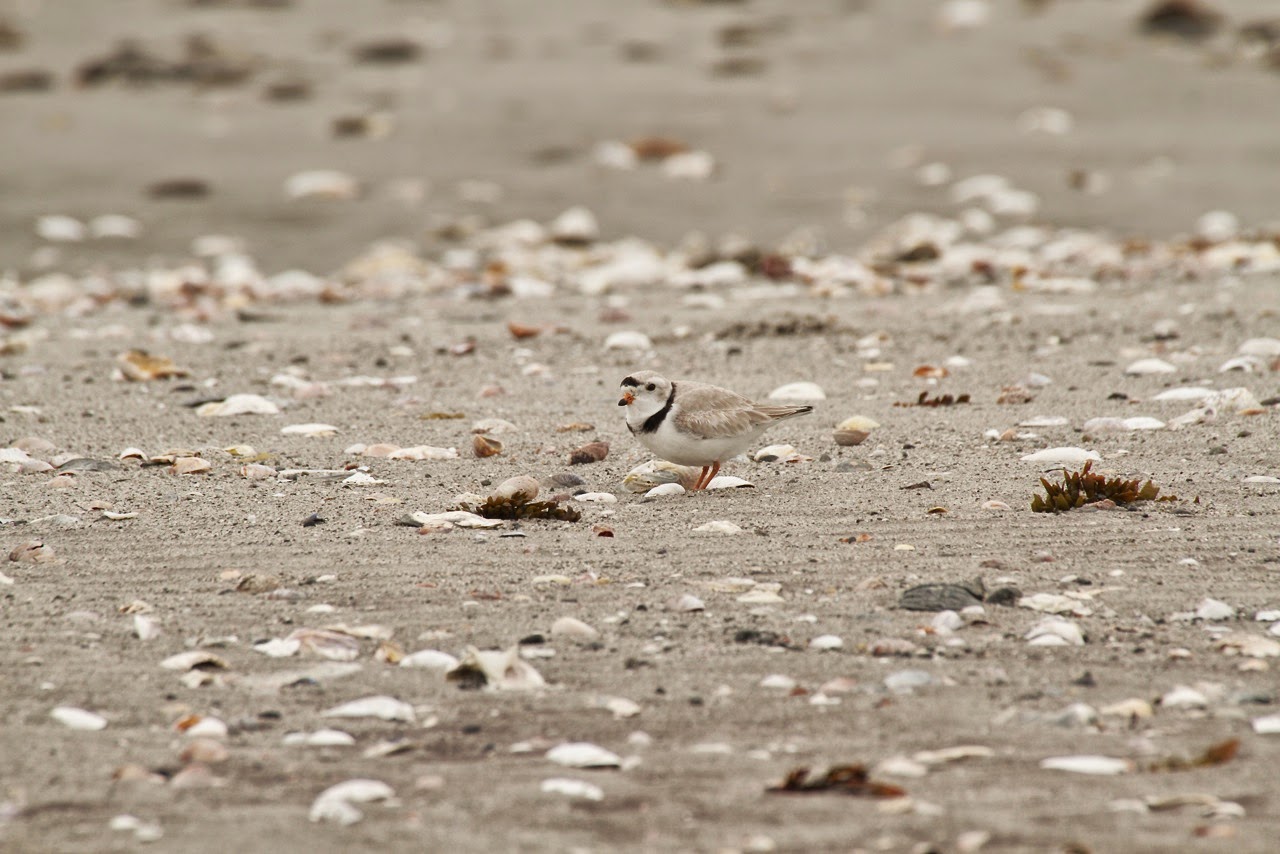 That is the extent of what male Piping Plovers do for nest preparation. Sometimes they will adorn the nest scrapes with some shells to further entice a female, but usually she is the one that creates the camouflage for the nest. After I watched him do two nest scrapes I started hearing a second male in close proximity. Well the first male took off after him and quickly rushed him to show the other male this was his territory that he staked out. The second male quickly vacated the area and moved further down the beach.

All in all I could hear four males setting up shop in a narrow strip of beach. It seems like once again we will have a productive year for Piping Plover at Milford Point.
Posted by Audubon Alliance for Coastal Waterbirds at 1:21 PM