This week I will be highlighting a few more of the tremendous shorebirds we have recorded during our International Shorebird Surveys or general monitoring of important shorebird staging and feeding areas. These may be odd to see in our state or rare in general because they are an imperiled species. One of the latter category is the Buff-breasted Sandpiper, a distinctive and unique shorebird that Patrick Comins photographed wonderfully below. 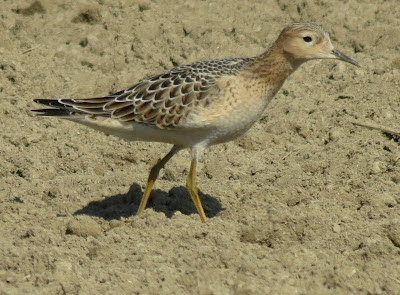 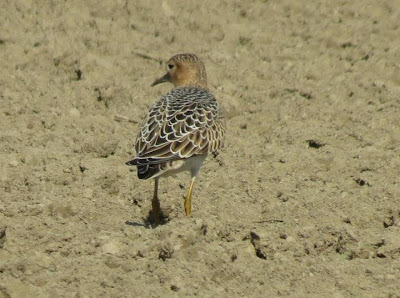 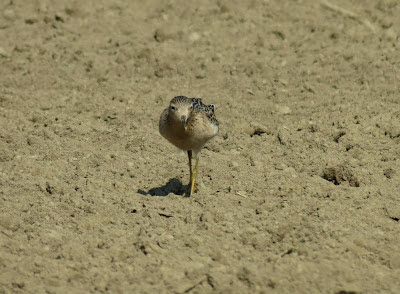 The Buff-breasted Sandpiper was hunted by the thousands a little over 100 years ago. It is now classified as globally near-threatened by BirdLife International. The total global population is approximated at only 15,000 individuals according to the Canadian Wildlife Service. 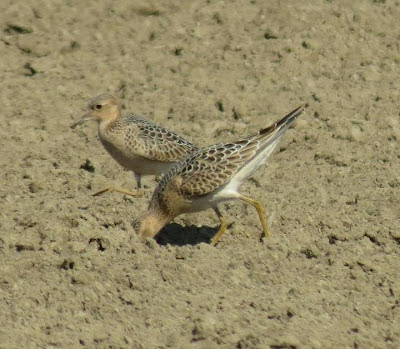 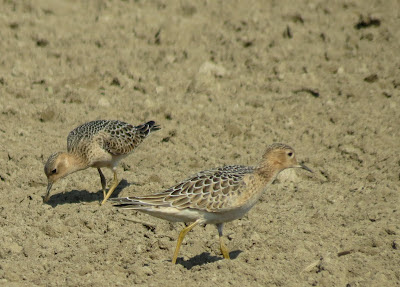 Its continued decline is linked somewhat to breeding habitat contamination, wintering and stopover site degradation, and the loss of very specific features that it requires (short grasslands, meadows, flooded fields, and other agriculture-related land). Its migration pathway takes it primarily through the central U.S. from the breeding grounds in the arctic tundra to South America, but Connecticut picks up a bird or two here or there that stray too far to the east coast each fall season. 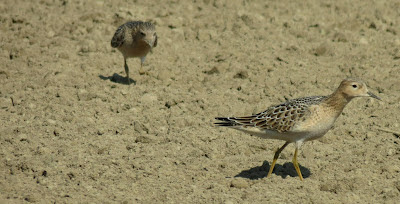 So far in 2012, the species has been seen at a grand total of two (very expected) Connecticut locations - Rocky Hill Meadows, where the above photos are from, and Sikorsky Airport in Stratford, with another possible couple flying by Stratford Point. The airport only held two birds for one day, but Rocky Hill Meadows has held them on several days hosting up to four birds as noted there yesterday. Even though we as a state may be off course for the species, having such habitat readily available greatly aids the handful of birds that pass through each year on their journey. This is especially important when perhaps 15 individuals constitute 1/1000 of the entire population.