The Merlin is not quite a coastal waterbird, but it utilizes much of the same habitat as all of our target species do. As Patrick Comins correctly mentioned while I was discussing them with him, they also use some of our target species for prey. The Merlin, like all falcons, is a bird of open spaces. This may include the coastline and beaches, grasslands, orchards, and farmland. Even while inland they often end up near water, and a forest opening is probably as close as you will find them to closed space. In Connecticut, this means that primarily they can be found on the coast of Long Island Sound. However, some end up in the prime pockets of inland habitat such as this captured individual at the Aspetuck Land Trust's Trout Brook Valley Preserve in Easton/Weston.

Another great location for them is Rocky Hill Meadows, and Timothy Thompson took this series of stunning shots for us. 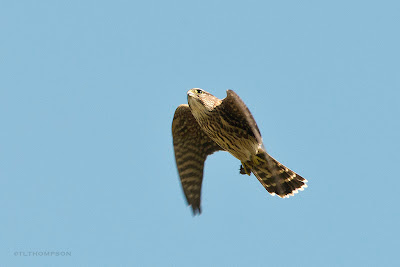 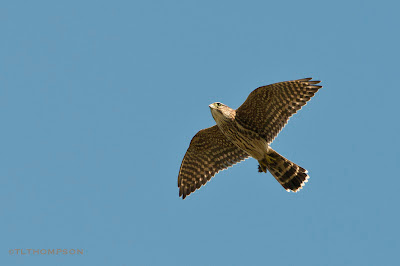 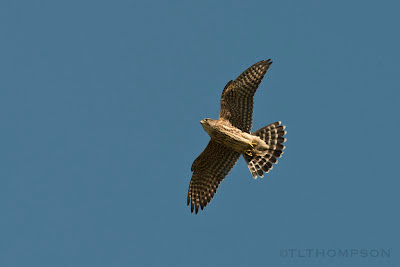 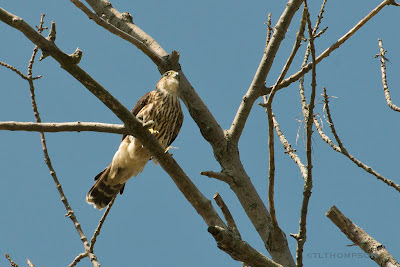 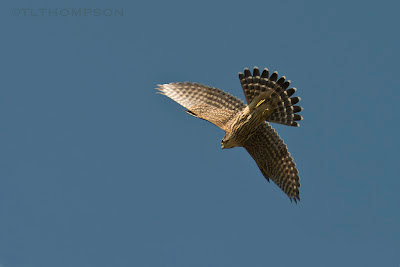 Thank you Timothy! As mentioned earlier pertaining to our project, the Merlin is a very opportunistic hunter, but it focuses primarily on taking small and sometimes moderately sized birds. Terns and long-legged waders would be out of the question, but shorebirds of the appropriate size and the Horned Lark are targeted on a regular basis. Unlike Peregrine Falcons, Merlins do not stoop on birds from a distance or great height in most cases, preferring surprise attacks or quick runs from a perched position. Timothy's photo in the tree above is most likely where you'll find one prior to an attack.

Merlins are usually only migrant birds in Connecticut, but they can depart quite late in the season and arrive very early in the winter. Occasionally one may try to stick around if we have favorable weather. They are breeding further south each season now with Massachusetts having confirmed nesting birds, and our state is probably due for some soon. If you are out this fall season watching for shorebirds - perhaps conducting an International Shorebird Survey - watch to see these falcons in action as well.